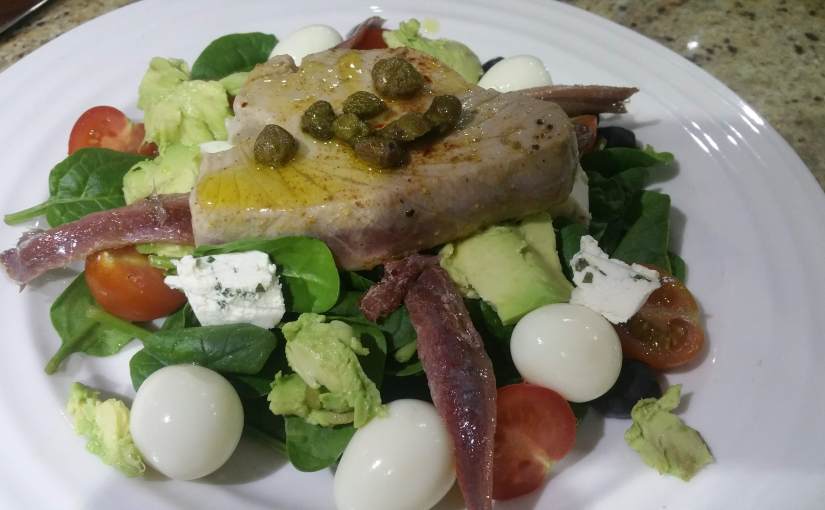 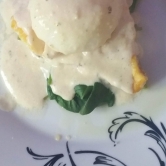 For some months, Grimble and G had not been feeling the body beautiful. They could make all the excuses they liked: middle aged spread, slower metabolism, the vagaries of clothes shop sizes. The truth was they were getting fatter. They snacked too readily on crap.

Grimble claimed she didn’t eat that many Maltesers. She was sure that WW even had them on a snack list. The truth was that WW may have listed them but Grimble liked the boxes: well the contents held within. This was as much because a £1 box seemed a better deal that an 80p packet. 3 boxes a week later and even her 10000 steps a day could not rectify the damage.

G was a secret snacker. He would fridge raid and scurry the plated spoils to his man cave. Grimble would often find a empty plate with miscellaneous residue. Once she even found a square of chocolate at the foot of the bed. It was difficult to determine both how long it had been there and how it had ended up positioned at the bed end.
It had to stop…

A trip to the hairdresser, The Pamper Rooms was about to change their attitude to food. Something called KETO was mentioned and it wasn’t a hair product. Basically, KETO was Atkins. ..on steroids. Carb free except for those in vegetables. Sugars gone. Including those in fruit: Nature’s evil sweet shop. Processed food? Never ever: the victuals of the devil.

After the hair cuts, the Grimbles’ sat in their local pizzeria and contemplated this diet. Their carb heavy dinner suddenly morphed into a last supper. They were going KETO. It was December. The run up to Christmas. When better to avoid snacks, chocolates and heavy drinking than the season of ultimate gorging?

Their target date for slimmer, streamlined bodies: March 5th. Their departure to Spain and the start of a lifetime of Mediterranean diet. They’d always convinced themselves that Spain would make them thin. Now Grimble and G were going to give Spain a fighting chance.

Let’s feng shu the shit out of this

Grimble edited her online Christmas shop with a the commitment of a zealot. She axed mince pies, stuffing, trifle and roasties. She felt thinner already. She added an inordinate amount of pigs in blankets, green veg, steak and cheese. Double cream replaced milk. This diet was insane. More fat equalled less fat.

Gin was fine. Fever tree was not. Thus it was poured down the sink and replaced with elderflower sparkling water. This tasted so good. Baileys also met a sink end. Grimble decided to concoct her own. Jamesons, double cream, keto friendly cacao and expresso and she was an expert. Using the emptied bottles, her KETO cream liqueur enterprise had begun. Sometimes, she just avoided the work and went straight to Jamesons. Which luckily enough was KETO friendly.

It was a this time, that the Grimbles were about to move. Packing commenced in earnest. Grimble looked at the dangers in her cupboards. They were filled with hidden carbs and sugars. Ruthlessly, she emptied them.

She made two trips to food banks but always felt she was offering poor people crappy killer food options. It sat uneasy in her head. Waste the food or feed poorer people shit: tough call.
Lardy arse or little arse?

The curse of radical diets is that fat goes from the oddest of places. Grimble wasn’t sure if it was an illusion but her tits seemed less pronounced. Her ring swivelled on her finger and her arse was reduced. The belly sadly wasn’t joining the party as yet.

A trip to Debenhams confirmed a non surgical boob reduction from 36 to 34 in 3 weeks. No point buying a new bra as by this rate, Grimble was going to reach prepubescent bust size by March. It was difficult to decide whether this was good or bad.

Telling G that he really did need to pull up his PJ bums or risk exposure was another sign. However, scales remained a contradiction. Whilst Grimble was fitting in clothes she had despaired of ever wearing again, the scales showed a desultory few pounds loss.

Scales were not something Grimble liked in the house. They were fickle, unreliable and soul destroying in their inaccuracies. Nevertheless, despite Grimble returning one set as they made her lose an advantageous 6lbs…in 30 minutes, G managed to secrete a new set into the house. He liked numbers. She liked clothes fitting.