Wine and a cortijo

After the ferry crossing from hell, began the new life from heaven. This could be taken quite literally as the Grimble’s Spanish cortijo was located quite high up a dusty path. From 2 of their 4 terraces, the sea was just visible. Each terrace was in the process of being named. Grimble’s current location was the Tiki Tiki terrace or was it the Beach Terrace: the names had yet to be settled and their christening toasted with wine.

There had been wine. Naturally, as this was Spain and, if Grimble’s memory served her well (though retirement was putting a strain on it), red wine was an essential on the Mediterranean diet. They had contemplated retaining Keto. Then, one of their elderly Spanish neighbours presented them with a large bag of fresh oranges. Grimble spied the juicer. She immediately decided fuck this lack of vitamin C shit, and juiced away. It had served its purpose. A dress size was lost along with her tits. It was now time to modify.

The visit to The supermarkets had presented many new delights. It was salad season. To be fair, it was always salad season. As the area was near to a relatively large ex pat community, in between the display of lettuce and cucumber were Brussels sprouts. Clearly, the Spanish had confused beansprouts with Brussels when scheduling their location. The price relegated this UK farting delicacy to memory. At this point, their diet had become a hybrid of Keto, Paleo and Mediterranean. However, the addition of a very long 12 portion Viennetta ice cream block meant that Grimble renamed their diet: the one meal a day diet. 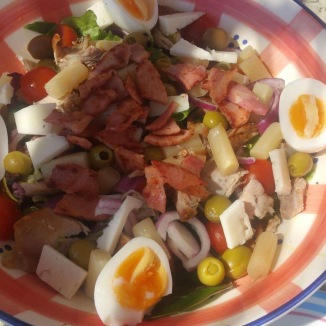 The wine aisle was like a bargain sweet store for adults. The prices were terrifyingly cheap. They had 2 wine racks that needed something as they looked so forlorn empty. The easiest way to select was to decide a budget and an attractive label. No single bottle was going above 4€. However, where the 70% discount applied to the purchase of a second, there were some encouraging purchases. Their starting budget was a flexible 3€. They did basket 2€ and 2.50€ bottle just to sample with the view that Grimble could always cook with it. As a litre box of cooking Vino tinto was only 99c, this was a bit counter productive.

Their Mediterranean, one meal a day, Paleo diet was working well. They ate their main meals at the relevant Spanish times of 3pm and then a light snack around 10pm. The glasses of wine were largely quaffable though anything less than 3€ was consigned to stock making. The label of Little Red Riding Hood should have been a sign, that just like the wolf in granny’s clothes, the bottle’s contents were not as good as they promised. 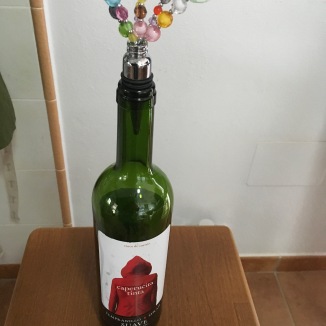 They now lived deep within the Spanish community. Theirs was the final house in a hamlet of about 20 homes. Some seemed habitable, some not. However, it was often difficult to discern which was which. The tranquility was breathtaking. In a morning, it was just birds and a fucking annoying cockerel that broke the peace. Oh and their pool filter pump too, regular at 8am, but that was clearly a first world problem. They were in the midst of farms of avocado, olives, mangoes, lemons and oranges.

Jose and Alba, Spanish neighbours, had helped the Grimble’s get the property. Evidently, they’d told the neighbourhood of the arrival of Guiris. They all shyly waved or vaguely nodded as the Grimbles drove their RHD down the steep single file path hoping for no oncoming vehicle. Leonardo, Jose’s dad was uncertain of how to greet Guiris and there was a confused moment when he and Grimble both went in for the double kiss at an awkward angle. On Sunday afternoon, all the families gathered together for a traditional lunch. It was no surprise for the Grimble’s to find a deputation of about 10 Spanish children from about 5 to 13 years old, standing underneath their terrace to observe the new Guiris. And when they drove their car out, the same deputation lined the path to wave at them.

There was something magical here and it wasn’t the cheap red wine or the superbly fast internet. It was a sense of all pressure being gone and the Grimbles loved it.