Ok, so it wasn’t strictly true that G and Grimble were on permanent holiday. It was hard to believe this was real life though. Morning coffee was taken on a terrace overlooking the hills and sea. Lunch was enjoyed as they peacefully viewed a hilltop fort and Buddhist Stupa. Writing blogs took place by the pool. This was the location of every holiday they’d ever had, but now it was real life. It was theirs and, whilst they knew they’d worked for this reality, they did keep pinching themselves. Well, G kept pinching an irritable Grimble. 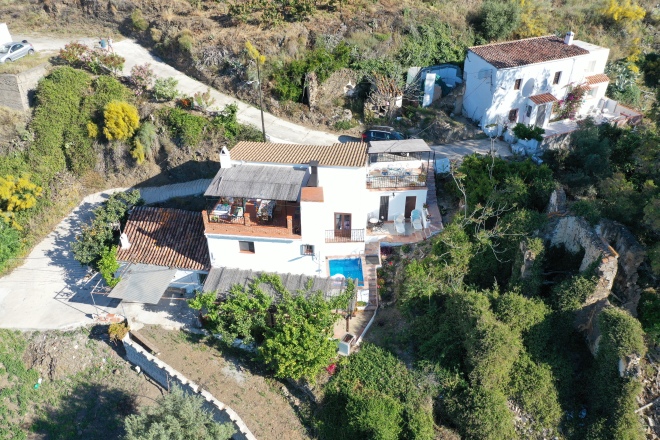 Grimble still had an urge to travel. Her first tentative travel inquiries had been in late March around G’s birthday. She had asked him how he’d like to spend the celebration moment. Her suggestion had been a short flight to Ibiza, Tenerife or Mallorca and to spend a few days at the beach.

G looked perplexed. He failed to understand why he needed to take a flight to travel to a location that was incredibly similar to where he now resided. The option of travelling somewhere cold was not one Grimble was going to entertain. If she wanted to travel, she’d have to prepare a far cleverer plan.

Finally, Grimble decided they should take a mini break. In fact, her new plan was to spend a night away each month, at a yet to be decided location, within a 2 hours drive away. G thought that this was a splendid idea. They looked at a map online and discussed several options. In the end, they settled on Granada, 90 minutes from home.

This would be G’s first trip there. They decided not to do the traditional tourist thing. So, no Alhambra, no interior of the Cathedral and a time limit walking through the heavily overpriced market. Instead, they would soak up the atmosphere, doing what they did best, sitting in cafes and bars. Of course, Granada had a great advantage: bars feed you tapas for free. Every drink was delivered with some pretty palatable plates to share.

Their hotel was a sheer joy. The Albadia, a 15th century courtyard home, looked like nothing from the street but was awash with character and flowers within. Plus, it had secure and cheap car parking. It was located in the University area which is where they decided to spend the evening. There seemed little point strolling to bars thronged with tourists when they had great opportunities on the doorstep. Grimble liked to go native whenever she could. This location offered that opportunity. 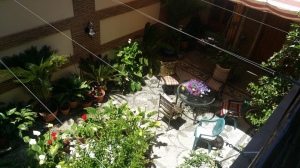 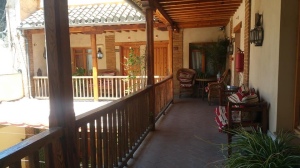 The discovery of the night was the bar/hostel Lemon Rock. It was funkily decorated with kitsch, metal and art. Plus, it had great wine and a blues style singer. They enjoyed a few decent glasses of red served with awesome tapas and soaked up the vibe.

G was really taken by Granada. Grimble had only presented him with two shops: a flying visit to a dress shop and a vintage clothing shop, where he’d bought a classic Hawaiian shirt. They were eager to extend their stay another night but there was no room at the Abadia.

This left them in a bit of a quandary. They wanted to prolong their break but not travel much further afield. It was either the mountains or the coast. The coast won with a great special offer on an all inclusive hotel by the beach. There was a sense of trepidation but, what the hell! They were still out of season, so surely it couldn’t be so bad?